My dear friend - Happy Birthday! I wish you all the wonderful things this planet has to boast - health, happiness, joy; sunshine and laughter, love of family and friends, good mood and wonderful discoveries, inspirations for your wonderful stories and enough free time to write them. And of course enjoy stories of your friends and I, as one of them, have something ready for you, tomorrow - just to extend the celebration for one more day. :)

system1988, I wish you a Happy Birthday and many wonderful returns!

I was looking for some nice picture to share with you and found this one (a lovely gazelle) among the photos I once took in Israel in the Roman city of Beit-Shean. I hope you like it. Happy birthday! 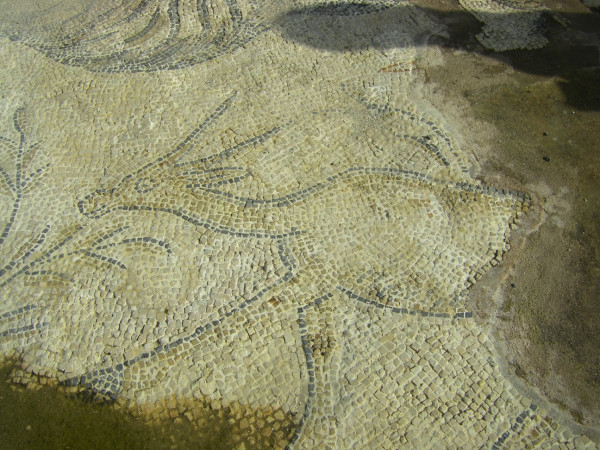 Yes, yes, I know I am somewhat early but because I am moving to a new apartment this Friday, and the buildng I am moving in is brand new and builder, as it customary for most builders, was behind the schedule, I won't have phone, internet or TV till January15th of 2015. I am hugely upset and angry and there is nothing I can do.

So, this is the reason for my early message. I wish all my friends wonderful holidays!

One day I received a notification from FFnet that some new reader followed my story "Present for Alexander". It was a nice surprise since the story is more than one year old and I never planned a follow up. In that story I made Zeus and Hera gift Alexander with GPS for his birthday. Remembering this story with a wicked smile on my face I wondered what other marvels of modern technology Alexander and his Army would enjoy and which of the social media tools would be their favorite? After I played with several options, I came to the conclusion that though all of them would be popular, one in particular will be an undisputed front runner. Though today is not Alexander's birthday, it is, however, of my dear friend too_beauty. So, using this event as an excuse, I temporary usurped Zeus' powers and gifted the whole Macedonian Army, their native land and all the countries they conquered with a certain marvelous modern day technology.

The only thing left to do was to choose an appropriate occasion when Alexander & Co could demonstrate to the modern world what they were capable of. As you can guess from the title of this story, the chosen occasion happened to be the mutiny at Opis. It is said that Alexander, fuming at veterans who didn't appreciate his grand gesture of sending them home with magnificent gifts, retired to his tent. Ever wondered how did he spend his free time there?

If the answer is yes, please read on and enjoy!

Oh, and: adult content, if you’re underage, shoo from here.

My dear friend, I wish you and your daughter a wonderful, happy birthday!

Let it be day filled with sunshine, happiness, unexpected surprises and wonderful presents that will give you charge to the remaining 364 days of the year!

As usual, I wrote a story for you, I hope it something to your liking. I will post it later today or tomorrow.

Dear friends - thank you very much for all your birthday wishes and really sorry for being so late in saying so. I had to work 11 hours on my birthday and taking into accounts it takes me about an hour to get to work, so total of 13. Yesterday was almost the same and today I am still at work, so also looking at 10+ hours. Luckily, tomorrow, it should be back to normal, so I hope to respond individually to each of you by weekend.

thank you very much again!